In defense of Religion and Science.

“Instead of branding people according to which camp they’re in and which flag they’re waving, it’s far better to look at underlying motives.”

This week I’m pausing the scene-of-the-week series. I’ve been thinking about religion and science, and how too often we get caught up in pitting one against the other, as if they are natural enemies, or as if one is totally false and the other is a virtuous savior. Really that’s all bollocks. 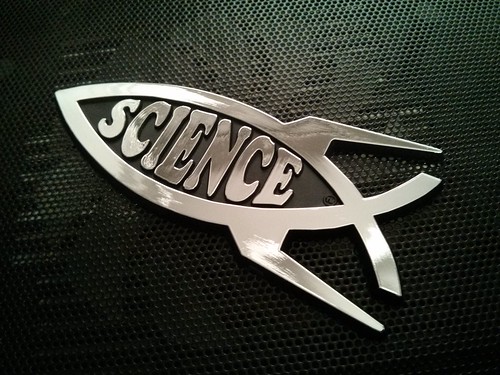 There is a popular saying, that most wars and death go on in the name of religion. This is often put forward by proponents of strict rationalism and its brainchild, science.

This is not true in two ways.

Secondly, wars that go on in the name of religion are generally not actually founded in the teachings of the religions in question. The Bible never advocated the Inquisition or the Crusades, nor the genocide that took place in the Americas. These were all done in the name of the Bible and  Christ, but if you look deeper you’ll find that was just a false front. Christ taught his followers to love their neighbors, not to enslave and exploit them, to take their land and replace their spiritual sites with your own. Actually the underlying reasons for these conquests was greed, and the desire for self-aggrandizement. Religion was just a front, not the cause.

On the other hand, a religious person might turn the tables on science and say, “Hey! You claim that so much damage has been done by religion, and that science is progressive and helpful, but science has done far more damage than religion ever has. Guns, the atomic bomb, nuclear plant disasters, plastic clogging the oceans, chemicals poisoning our rivers, greenhouse gasses heating the planet—these are all byproducts of science, not religion. Wars between humans are nothing compared to rendering the entire planet less habitable.”

But again, if you look deeper, you’ll find that the cause of these things is not science. Science is the study of that which lies within the realm of the senses or the extensions of the senses. Based on discoveries made during these investigations, various technologies can be made. These can be helpful or harmful, both in their manufacture and their use. Thus far, we see a mix. Science has produced medicines to save millions of lives, and weapons to kill just as many. The wheel and fire are also scientific discoveries, not just nuclear bombs and plastic, so even the foremost Luddite can’t write science off completely. However, most of the gadgets produced today—androids and tablets and wireless ear-pieces—are unnecessary and very harmful to the environment in their production. What is real progress? Is it the advancement of our immediate convenience, or our capacity to understand, love and give? Too often, the underlying motive for scientific progress is also greed.

Therefore let us not criticize religion or science. They each have their jurisdictions, and it’s not helpful to falsely pit them against each other. Instead of branding people according to which camp they’re in and which flag they’re waving, it’s far better to look at underlying motives.

Thanks for listening. Next week we’ll get back to our scene-of-the-week series.

If you want to see what I can do with a deep story, pick up  my novel here, Fire from the Overworld. It is the story of two young mystics who fight to restore balance in their desert village, when war erupts among its spirit rulers. Feel free to sign up for the new scenes in your mailbox each week, along with guest posts, and my thoughts about living, loving, investigation and creation.

This work is licensed Creative Commons, attribution, which means you can use it however you want, even commercially. Just let people know which bits came from me. Thanks!